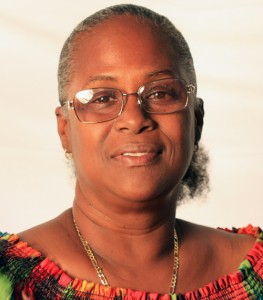 Twenty-three years ago, Madame Florence Thybulle arrived home earlier than usual one afternoon and saw a line of children waiting outside the walls of her home. She discovered that her cook had been distributing leftover food to the neighborhood kids. The cook panicked and fearing for her job, began to apologize profusely. But Florence reassured her that it was okay and even suggested making a bit extra on Sundays to share. It wasn’t long before she began leaving food out every day for the neighborhood children.

One day, a woman from the neighborhood mentioned to her that a baby had been left to die not far from her home. When Florence found the boy, he was near death, his feet starting to be chewed up by rats. She took him to the nearest hospital but when the doctor saw the baby, he refused to do anything stating that the child was going to die anyway.  Florence was unrelenting and insisted he treat the baby because it was his duty as a doctor to save lives.

A woman of strong faith, Florence stayed with the baby boy at the hospital at his bedside confident that he would survive.  That night she realized what she wanted to do with the rest of her life – help as many children as possible live healthy lives and  fulfill their potential. Since then, Florence has used her life’s savings and inheritance to create and maintain RENMEN Foundation.

Today, that baby boy is a healthy young man still residing at the orphanage.  And Florence’s story is an amazing testimony of what one person can accomplish.